As marginalized people, we are frequently expected and at times demanded to perform extensive emotional labor for those around us, often at the expense of our own mental health. Emotional labor is the process by which we manage and often suppress our feelings, our facial and verbal expressions, and our body language in order to fulfill the emotional demands of some task. This labor is often even more demanded from marginalized folx who have established ourselves as activists, making us increasingly susceptible to burnout and emotional exhaustion.

I first started to notice these demands in my second year at Ramapo College. By that time, I had become quite outspoken about my identity and had developed a reputation for my willingness to engage in discussions about trans issues, drawing examples from my personal life to illustrate my points. Dishearteningly, people frequently interpret one’s willingness to engage as permission to say and ask whatever comes to mind. I began to field unfiltered micro-aggressions — “Have you had ‘The Surgery'”? and “Have you fully transitioned?” forever being two of the most common. At first, I was still so thankful that those around me didn’t hate me or invalidate me for being transgender that I was afraid to “rock the boat” by calling out these micro-aggressions. So, I bit my tongue, swallowed my discomfort, and neglected to speak to the hurt I felt at the inherent invalidation of these statements. I suppressed my feelings to make others more comfortable, because god forbid I call out people who were “trying to be allies” for saying something hurtful — that would just be ungrateful for their allyship, right? (Wrong.)

As time went on, several of my peers started to use my trans experience — which they had chosen to see as valid — to invalidate those that they for whatever reason saw as less valid. When one trans speaker came to visit our school, another student remarked to me that this speaker was “not actually trans” because they were a non-binary trans feminine person who did not want surgery nor hormones. He insisted that “as a trans person” I “should be angry” that this person was claiming to be transgender. I wanted to feel empowered to stand up to him. I wanted to be clear and firm, and assert that there is no monolithic trans experience. I wanted to argue that the trans experience of someone who is non-binary is every bit as valid and real as my own trans experience, and that pitting me against other members of my community is unfair and demands my emotional labor. In this scenario, I had to choose between outwardly agreeing with his comment and thus putting down other members of my beautiful community for the sake of avoiding an argument, or disagreeing with his comments and defending my community. In both scenarios, I felt pressured to suppress my hurt to avoid being labelled as “angry” or to avoid him turning his gatekeeping perspective on trans identity against me. In this instance, I chose what felt like a happy medium — I timidly insisted that I thought non-binary people were valid, but refused to say more. When he insisted that I “would understand what [he] meant if I watched this speaker’s Youtube videos,” I backed off.

At that time, I felt like fulfilling my role as an educator in each and every situation that someone demonstrated an ignorance about trans issues was a fundamental requirement of anyone who considered themselves an advocate or activist. I felt guilty whenever I made the decision to back off instead of fight — I didn’t feel I had the right to bite my tongue, no matter how exhausted I felt. I feared that by remaining quiet, these individuals would never learn that what they said or did was wrong and that I would be personally responsible for the pain of other trans people who bore witness to their ignorance. I also feared that if other trans people overheard such discriminatory comments go uncontradicted, they may fear they were the only one affected, or that no one around them cared enough to speak up in instances of injustice or discrimination. I especially feared the latter when I was around trans people who didn’t necessarily know that I was transgender, because I feared that thinking they were the only trans person in the room may make them feel isolated or alone.

As I became increasingly outspoken, my emotional labor was demanded more frequently. Eventually, my direct messages began to fill with folks demanding my time and energy. The content of these messages ranged from people fetishizing me for being transgender to people asking series of extremely basic questions that could be solved by a quick Google search or a click on one of my blog posts.

I want to be extremely clear that my frustration at folks asking questions in my inbox does not extend to trans folx reaching out for advice or support, nor to cis folks reaching out for resources on topics like being a better ally, supporting trans loved ones, or how to sensitively navigate situations regarding trans folx in their lives. If you are trans or want to learn to be a better ally to trans folx, I always always always want to hear from you. What does bother me is when folx reach out expecting me to perform the labor of educating them without being willing to put any work into educating themselves. What frustrates me even more is when people become frustrated with me for refusing to put in this time.

At work, there are additional obstacles to navigate when responding to transphobic comments because I must prioritize professionalism and positive interpersonal relationships along with my emotional safety. When people make transphobic comments at work, I must choose between ignoring their transphobia by focusing my efforts on work-related tasks, or taking a deep breath before educating them on trans issues in order to make absolutely certain that I remain calm and professional while doing so. The most frustrating piece about navigating responses to transphobic comments in the workplace is that in many companies, especially those in states lacking protections for transgender workers, people are often far more likely to get away with making casually transphobic comments than a trans employee is to get away with reacting angrily to these comments. However, the former is overtly harmful to workplace culture and the latter is an understandable response to repeated micro-aggressions. Thus, navigating these interactions in the workplace is even more emotionally laborious because the stakes associated with showing anger are much higher, which forces marginalized folx to be increasingly cognizant of others’ perceptions of our response.

Over the course of the first few years after coming out, I grew remarkably exhausted from all the emotional labor I felt required to perform. And the longer I was out, the more I grew into my role as an activist, and the more people expected from me. I began to question my capacity to be an educator — if I was so tired from teaching others, was I really cut out to be an activist? How could I continue my work as a teacher while also making sure that I didn’t burn out?

Within the past year, I had a profound realization that changed how I feel about my role. I realized that being an activist within a marginalized community can often mean choosing self-care over fighting — because if I expend all of my energy fighting for the rights of my community, I’ll have no energy left to heal the wounds inflicted to me by everyday transphobia. A fighter can battle with far more vigor if they take the time to heal between fights — but when a fighter tries to push past existing injuries instead of allowing this time to heal, they are much more susceptible to new ones. If I try to fight while I’m feeling beaten down, I am much more susceptible to getting hurt and much less likely to lead a productive discussion, which ultimately helps nobody.

It is only within this year that I’ve realized how unreasonable I’d been to expect myself to educate everybody, all the time. It is even more recently that I have challenged my guilt at taking at backseat when others demonstrate a need to be educated. But I eventually realized that people will become educated when they want to be educated. People will become better allies when they want to become better allies. People openly making discriminatory comments or asking invasive questions are not asking that I educate them, nor have they earned my labor. I decided instead to put information out into the world for those who wish to consume it. I decided to be fully and unapologetically out on social media, providing trans visibility and representation to those who may not know other out trans people. I decided to create space to elevate others’ stories and to tell my own. I decided to start this blog so that I could raise my voice about trans issues and spread information to those who wish to receive it. My time and energy are far better spent writing and speaking about my trans experience than calling out each of the many people a day who demonstrate their ignorance.

Allowing myself to sit guilt-free on the sidelines when declining to perform emotional labor will likely be a lifelong battle. Like many of you, I want to see our beautiful community advance and flourish in every way possible. I want to teach others and watch them broaden their understanding of trans identities as the bloom into allies. I want to fight for our visibility and our rights as much as possible, but I must continue to remind myself that educating others cannot come at the expense of my own mental health and well-being. I hope all of you activists will remind yourselves of this, too, and allow yourselves to prioritize your health and your happiness. I want you to know that emotional labor is not required of you, and you are allowed to decline to perform it, even when others try to demand it. You are allowed to simply exist — please don’t let anyone convince you otherwise. 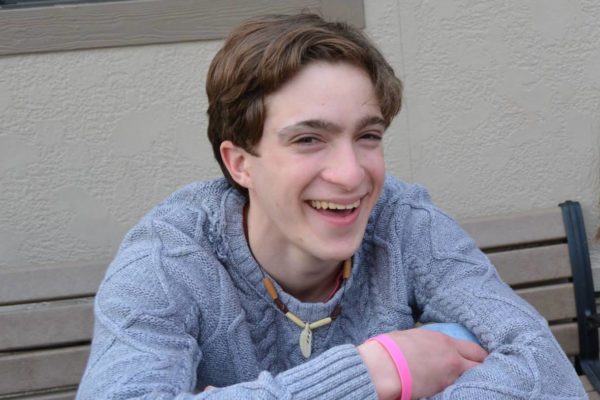 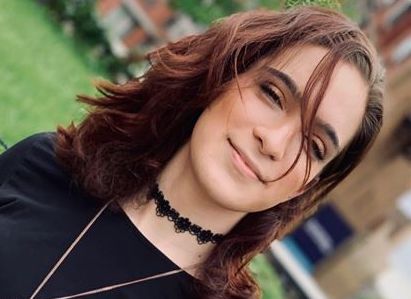 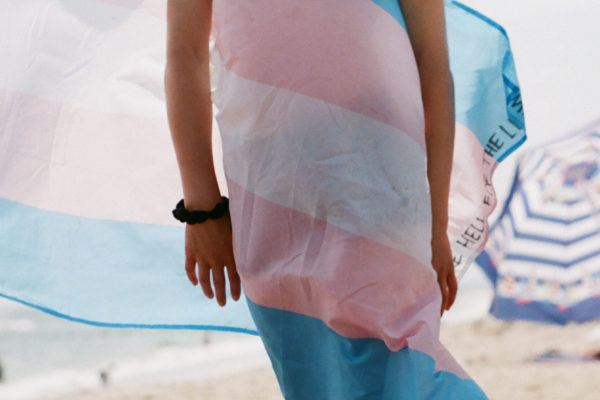 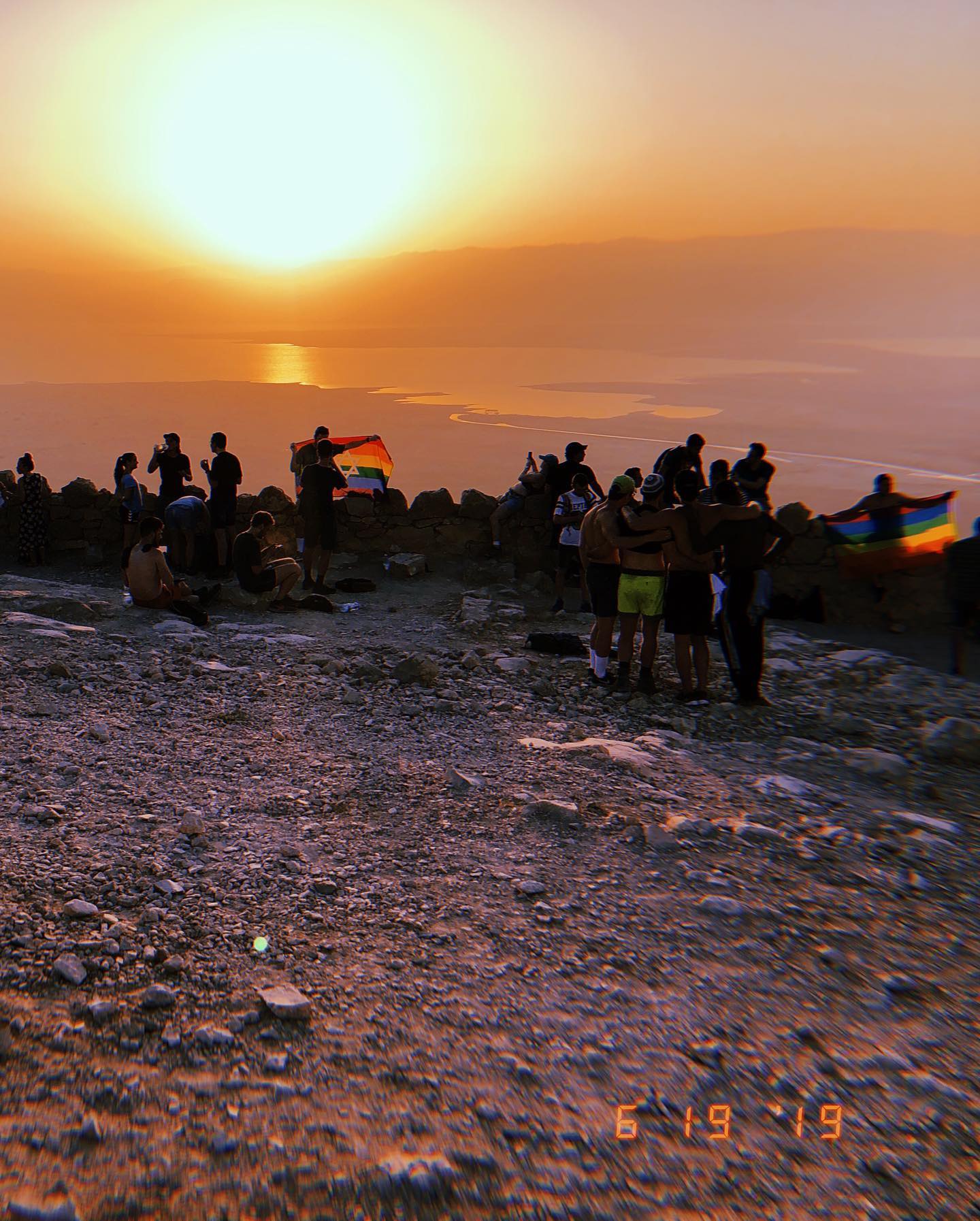 Previous Post (p) This Trans Day of Remembrance, Take Action to Honor Those We Have Lost
Share

Next Post (n) The Nurturing Power of a Trans Community